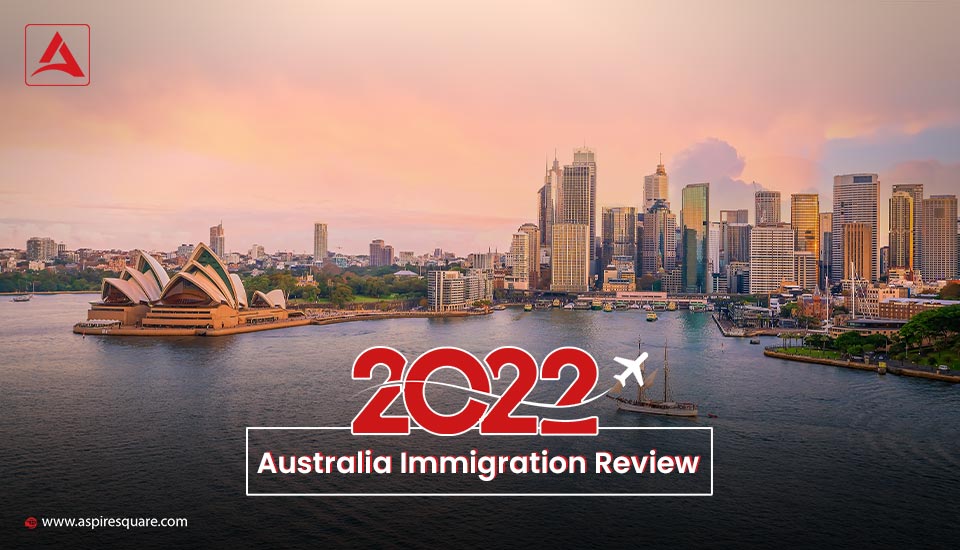 The year 2022 was like a roller coaster ride for Australian immigration. The department has seen several vicissitudes. As a result, candidates who were riding with the department and looking to Migrate to Australia on PR faced plenty of hiccups during the journey. However, as it is said that all’s well that ends well, eventually, things are settled in Australia by issuing a massive 60,000+ invitations. The last year 2022 was not begun with such promising news. As Australia was fighting hard to recover from the Wuhan COVID – 19-virus pandemic. Due to that, the country has made some significant changes in immigration rules. Apart from this, several other rules were also implanted and changed by the Department of Home Affairs (DHA) during the year. Here is the recap of the year 2022 for Australia immigration.

Want to Apply for Australia Immigration in 2023?

New Year Begins With a Positivity

The year 2022 has started with positive news of visa extension approval for those Temporary Graduate visa holders who were affected due to the Wuhan COVID – 19 pandemic. As a result, interim measures have been taken. Despite the travel restrictions the government allowed the TRV (subclass 485) holders to remain in Australia, live and work there until they can apply for and get the Temporary Graduate Visa.​

The government recognized the value addition of the Temporary Graduate (Subclass 485) visa holders. Because of that, the government has taken 0 charges for this visa extension. The candidates also have the privilege of an extension automatically. Candidates did not need to go or contact the department for that. Moreover, the department also allowed candidates to include their family members who were included in the original Temporary Graduate Visa application.

Moreover, to deal with the labour shortage in the critical sectors, businesses as well as other industries’ the Australian government temporarily removed the working hours’ limits for study visa holders. The particular change was implemented for the secondary study visa holders as well. The government has implemented the change with immediate effect and reviewed it in April 2022.

Especially, for the Working Holiday makers the government has also declared some relaxations for the 6 months. With the immediate effect till the end of the year 2022, working holidaymakers can work for the same employer.

One of the biggest announcements the Australian immigration department has declared. The government has approved the extension of more than 30,000 eligible Temporary Graduate (subclass 485) visa holders until 30 September 2022. The extension had been granted to those eligible candidates who met the given below criteria on 18 February 2022.

One of the advantages that Indian youth have received out of this FTA is that Australia allows Indians to apply for Work and Holiday Visa (Subclass 462). As per the criteria, 1000 Indians who are IT, engineering, mathematics and science graduates, are allowed to apply for backpacker’s holiday visa. As per the terms and conditions of the visa every year 1000 Indian youngsters work and earn in Australia.

As an impact of the Wuhan COVID – 19 virus pandemic, the Australian Government declared one of the satisfactory news for the Skilled-Recognised Graduate (subclass 476) visa holders. As per the update, almost 3000 international students especially engineering graduates who were Studying in Australia at that time benefited from the extension. However, there were certain criteria needed to fulfil to qualify for the stream that is discussed in the article.

After a long wait of 9 years, the Labor Party government came into power and Mr Anthony Albanese was elected as a new Prime Minister of Australia. During the election campaign and in regular speeches the new PM continuously talked about immigration and its reforms. Today when he is in the driving seat, we have seen several significant changes in the immigration pathway in Australia. The historical draws are one of the signs of the changes. Find more about the immigration point of view of Mr Albanese.

Must Read About: Mr. Anthony Albanese Thinks About Australia Immigration?

Western Australia has Made Significant Changes for the Year 2022-23

Western Australia state has made remarkable changes for the year 2022 – 2023. According to the changes overseas applicants are also considered for Western Australia (WA) State nomination. As per the changes, more than 300 occupations become available to the Graduate Stream. The updated list is available at the WA’s Skilled Migration Occupation List – schedules 1 and 2 and the Graduate Occupation List.    The change has impacted the state nomination draw of the state. In November month the state declared one of the biggest draws for the year and invited around 4500 candidates (Read More).

As the new immigration year has started, which was supposed to bring remarkable changes. As per the announcement have been declared by Ex-PM Mr Scott Morrison’s government, the changes in three visa types (Temporary Skill Shortage Visas, Temporary Graduate Visas and Working Holiday Maker) visas were about to declare. For instance,

Tasmania state has updated the requirement and process for the Skilled Migration Program for the year 2022 – 2023. The announcement added most of the class of immigrants and included, International Graduates, Skilled Employees, Business Operators, Long-Term Residents and Overseas Candidates. Read more about the change.

A series of Significant Updates Came from Australia

On 16 August 2022, a series of significant updates came from the Australian study visa and Australian Permanent Residency.  Here is the list of the updates

On 17 August the state authorities of South Australia received approval from the DHA for the interim nomination allocation. As a result, to manage the skill shortage, South Australia opens its General Skilled Migration (GSM) program for the year 2022-2023. As per the list, more than 500 skilled occupations have been added to the list. Here is the category-wise segregation

Announcement of the Year

One of the most satisfactory news of the year has been declared on this day. The news has brought a smile to the faces of many immigrants who would like to migrate to Australia. The Australian Home Affairs Minister Clare O’Neil has announced that the government has increased the permanent residency migrant ceiling by 35,000. As a result, the migrant ceiling for the year 2022 – 2023 has reached 195,000. Most importantly, previously the government declared a ceiling of 160,000 immigrants but understanding the labour shortage in the Australian market and the demand for new immigrants the authorities have decided to increase the ceiling by 35000.

Read in detail about the announcement.

The listed below combinations have been changed.

As per the recent change here is the list of the latest update. Find the latest DHA Global Visa Process Time Guide

Here is the update for the year 2022 invitation rounds.

Invitation Process and Cut-Off of 6 October 2022

Invitation Process and Cut-Off Of 22 August 2022