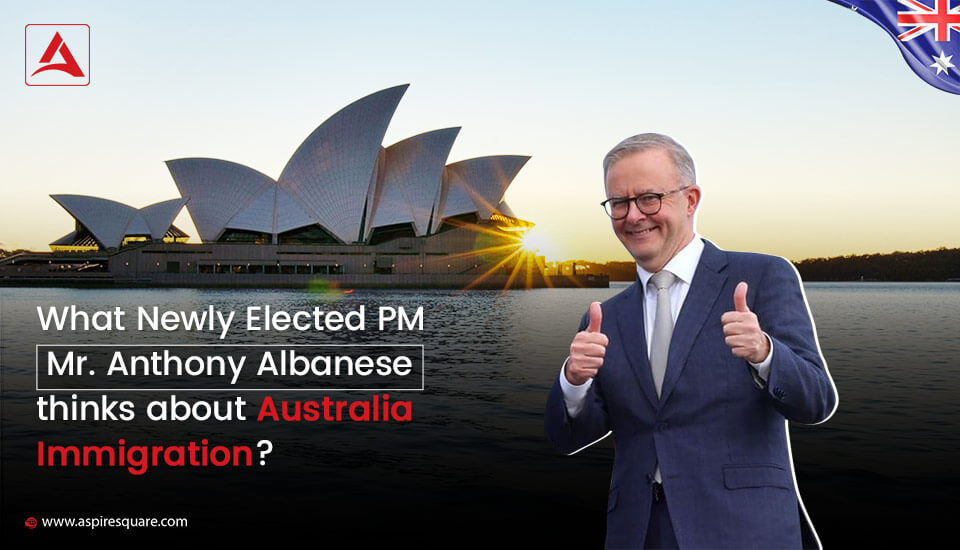 Usually, it has been seen in most democratic countries that one party and their alliances favour certain ideologies and policies whereas, oppositions have their thinking and faith. In the world forum, each kind of political party is known for their agenda and thinking patterns. Generally, in the western world, we have seen political parties named then after their principles. For instance, by par Lilbrals, Labors, Democrats, etc. On the other end, some political parties are known for their belief, for instance, Communist Party.

As per the above-mentioned result, the Australian federal election – 2022 verdict has gone in favour of the Labor party and nominated Mr. Anthony Albanese as their New Prime Minister. The latest verdict impacts a lot on current Australian immigration policy because of the ideology of the party. As mentioned above just like others, the Labor party has its precise thinking pattern that led them toward the typical decision priorities. In a common scenario, the Labor Party of most of the countries focuses more on the Nation First, Citizens First Policy. That is nothing wrong with it but sometimes it affects the foreign policy as well as the immigrants, who are either planning to come to the country or currently residing on temporary residency visas. However, Mr. Anthony Albanese has a different point of view, especially for the Australia Immigration and Permanent Residency Visa.

During the Australian election campaign, Mr. Albanese has put their views on immigration policies on different platforms. In one of the political relly, he hinted that if Labor Party wins the election then they will take the steps due to that “foreign workers could be allowed to live permanently in Australia.” According to the new PM, providing a pathway to Australian PR to foreign nationals can bring a huge difference to the Australian economy. He also added that many candidates come to Australia every year and spent month after month so they should be given any sort of surety and certainty that can allow them to stay for a longer duration. Mr. Albanese discussed these points at the National Farmers’ Federation conference in Canberra in April 2022. Apart from this, some key points have also come into the discussion such as,

Generally, when any new government is formed in any country they try to bring their ideology which they follow. Same as now, the new Labor Party’s government has elected in Australia, they may going to bring their thinking, beliefs. However, the bottom of the story is that people who elected the new Labor Government and give a chance to Mr. Anthony Albanese, based on the expected changes so now it is a big responsibility to be fulfilled by them. As far as, immigration has concerned, many Indian originated Australian citizens have also voted in the election not only by understanding their moral responsibility but also by expecting some positive changes in the immigration policies. Hoping for some positive updates from the newly formed government in the context of Australia Immigration.