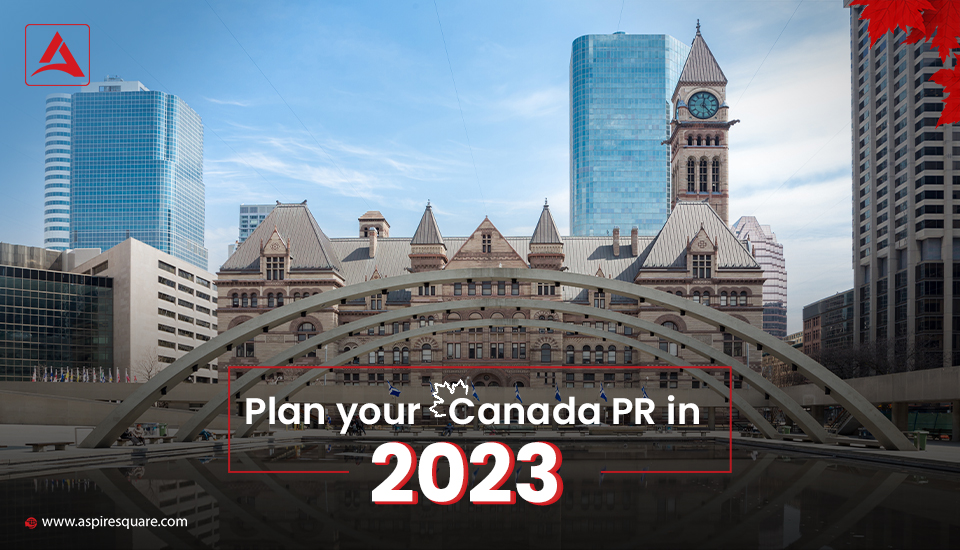 Last year, there were plenty of updates we have seen in Canada. The country was in a limelight due to such reasons as the lowest unemployment ratio in the world. On the other end, they were holding the highest vacancies as well. The immigration department has also made some significant changes in study visas, work visas and permanent residency rules. For instance, international students are now allowed to work full-time even during their studies, until and unless it should not bother their studies. Apart from this, the dependent spouses of some work permit holders were allowed to apply for further open work permits. Moreover, as far as Canada PR is concerned, all category draws were begun in the last year. The new TEER system has replaced the NOC Version 2016.

If you are planning to obtain your Canadian Permanent Residency in the year 2023 then here is the complete analysis of the promising provinces that you should target.

Are You planning to Apply for Canada PR in 2023?

In the last year, the country changed its gear and started the regular all-category draws from July 6, 2022. Before the date, Canada Immigration was only declaring the Provincial Nominee Program draws. Here is the table for the entire year’s Express Entry Draws.

Provinces played an important role in inviting a good number of candidates. Provinces like Alberta, British Columbia, Manitoba, Ontario, and Saskatchewan are among those which were invited the highest number of immigrants. Here are the province-wise data of the invitations.

For the year 2022, IRCC sets the nomination quota of 6500 for AAIP (Alberta Advantage Immigration Program) for each year. However, last year the province has not reached the quota due to some reasons. The province declared the draws until July 2022 only and till then they have invited nearly 2300+ immigrants only.

This is one of the most promising provinces in terms of inviting candidates. As per the provincial nomination draw pattern, the province invited more than 8450 aspirants during the entire 2022 year. BCPNP usually conducts a weekly basis draw. Their draw pattern also remains constant in these weekly draws.

Manitoba is one of the Prairie provinces of the country because it is among the province which is providing a wheat-producing region and a major source of petroleum, potash, and natural gas. As far as the immigration point of view is concerned, the province believes in a family reunion, international students exposure and providing great settlement options to skilled workers who are in Manitoba as well as overseas.

During the last year, the province declared a total of 30 draws and out of them issued 7282 Letters of Advice to Apply. The province keenly focuses on the family class stream. However, from the last couple of years, the province invited most overseas candidates through the Strategic Recruitment Initiative.

Ontario is one of the most happening provinces in Canada. According to some surveys more than 65% of newcomers who migrate to Canada, prefer to live, work and settle in the province. The province carries one of the highest numbers of permanent residency streams. In the year 2022, the province was providing nine different streams through which almost 20,000 candidates have been nominated for Canada Permanent residency. Here is the streams-wise nomination list.

Another prairie region of Canada is not only famous for its natural resources but also it is among the first choice of immigrants. The particular province initiated their permanent residency program handsomely throughout the year.

The year 2022 was a record-breaking year for Canada Immigration in terms of inviting a huge number of newcomers to Canada. In 2022 Canada welcomed 431,645 newcomers. On the other end, as per the Immigration Levels Plan 2023 – 2025, the country is targeting  465,000 immigrants this year. Here is the pathway to Canada PR and gives you an analysis of the last year’s invitation statistics. Apart from this, there were other provinces like Prince Edward Island and Quebec also invited a few candidates. However, the listed above provinces were the prominent ones that invited the highest number of overseas candidates for Canada PR.