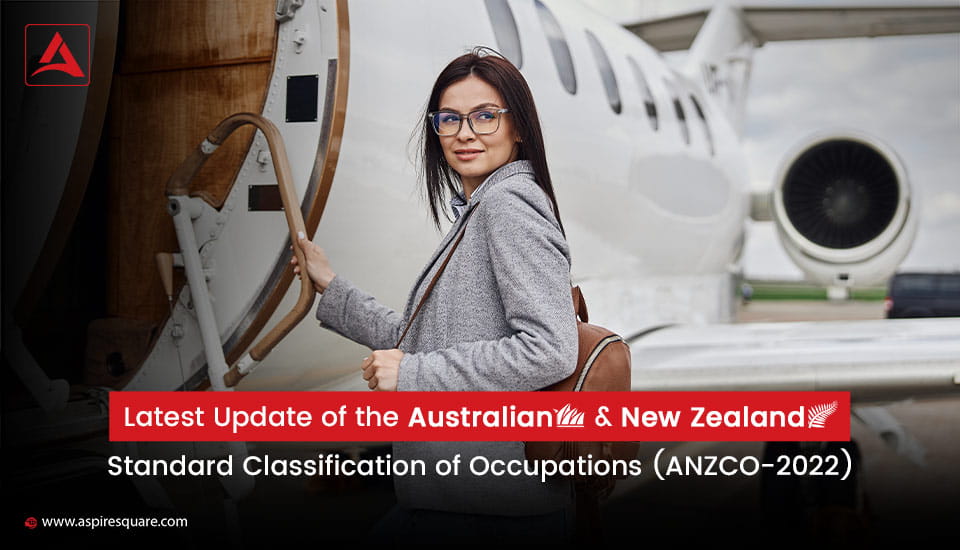 The Australian and New Zealand Standard Classification of Occupations (ANZSCO) code is one of the important aspects to apply for the Australia PR. The Department of Home Affairs usually declares the nomination draws and nominates several candidates. Candidates are not only required to get the nomination upon the latest cut-off points but also the ANZCO code plays a vital role in their selection.

Until now Australian Immigration was following the set of ANZSCO 2021 occupations. However, with the latest changes in the Australian labour market, the set of occupations has been modified with ANZCO-2022. The listed below combinations have been changed.

Get Enrolled Now for Live in Australia

The update refers that a few alternative titles being added or existing ones being deleted. For instance, the “Drywall Plasterer” title has been updated with the title 333211 Plasterer (Wall and Ceiling).

The change considered that the new code has been created with the 2022 Australian Update. The code was not available in the previous version of ANZCO 2021. Here is the addition of occupation added in the latest version is 224115 Data Scientist.

The modification insisted that such an occupation’s title has been revised. For instance, the title 332211 from “Painting Trades Worker” changed to “Painter”.

One of the occupation lead statements has been revised with the latest update in 2022, the Australian Update. In the occupation 331111 Bricklayer of “segmental paving” update to provide additional precision regarding this occupation.

Get Enrolled Now for Live in NZ

In the NEC occupation update the NEC “Cane Furniture Maker”, from the occupation code 394299 Wood Machinists and Other Wood Trades Workers NEC of ANZCO code 2021 is been removed.

This table presents the set of unit group changes resulting from the 2022 Australian Update. There are three types of modification and combinations of these are also possible – Lead statement revised, Tasks revised, and Unit group title revised.

As per the ANZCO table form, there are also changes declared for Table 2 Unit Group Changes. The update comes in

For example, 3321 Floor Finishers provides a clearer articulation of types of floor coverings persons employed in occupations contained in this unit group install in addition to “carpet, timber, vinyl, resilient resin and concrete”.

In occupation 3311 Bricklayers and Stonemasons, the task has been revised. That is now “cutting, polishing, joining and installing stone kitchen benchtops”.

Unit group title revised – The title is revised in unit group 3941 from “Cabinetmakers” to “Cabinet and Furniture Makers”.

Along with the occupations and the unit group, the changes have been also made in the minor group too. There are basically, two kinds of modifications and combinations that are going to be implemented.

The minor group’s lead statement has been revised

The minor group title has also been revised.