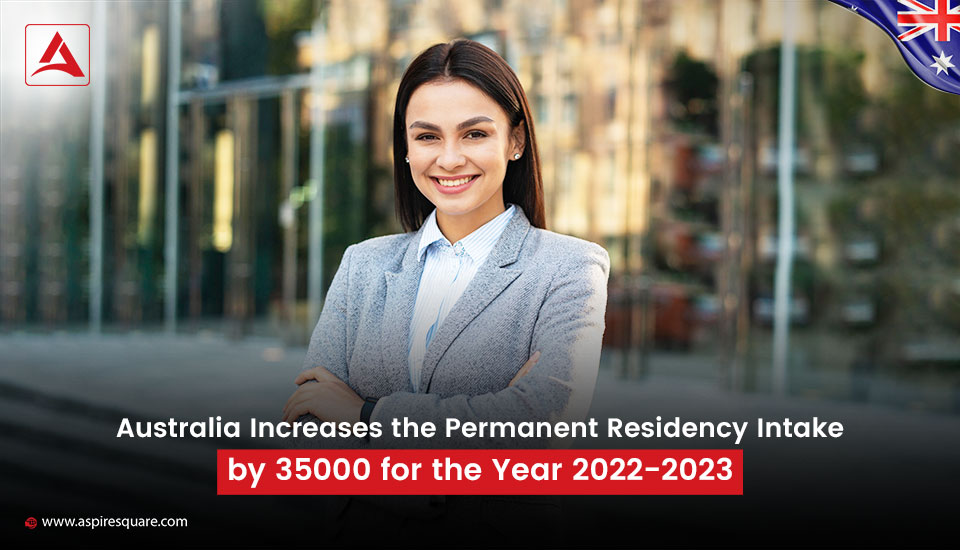 As far as the Australia Permanent Residency has concerned, it is not wrong to say “Achhe Din Aane Wale Hai”. After such a long wait finally, the time has come that brings smiles to many faces who would like to move to Australia permanently.

As per the recent announcement by Australia’s Home Affairs Minister Clare O’Neil Australia increases the permanent residency migrant ceiling by 35000 and reached up to 195,000. Previously it was declared 160,000. However, to understand and address labour shortages the government has decided to increase the intake. O’Neill speaks at the Jobs and Skills Summit in Canberra, Friday, Sept. 2, 2022.

Apply Now for Study in Australia

Key Highlights of the Latest Announcement

Steps Taken by the Government

In the present scenario, Australia is opening their various programs including states are also declaring their openings. On the other end, states are directly inviting candidates from different fields. As per the analysis, if you are an engineer, IT professional, professor (of a specific field), or skilled worker then you should start your Australia PR process at the earliest. Because in the present scenario the country is facing a huge labour shortage issue and only the new immigrants can fulfil the requirements.