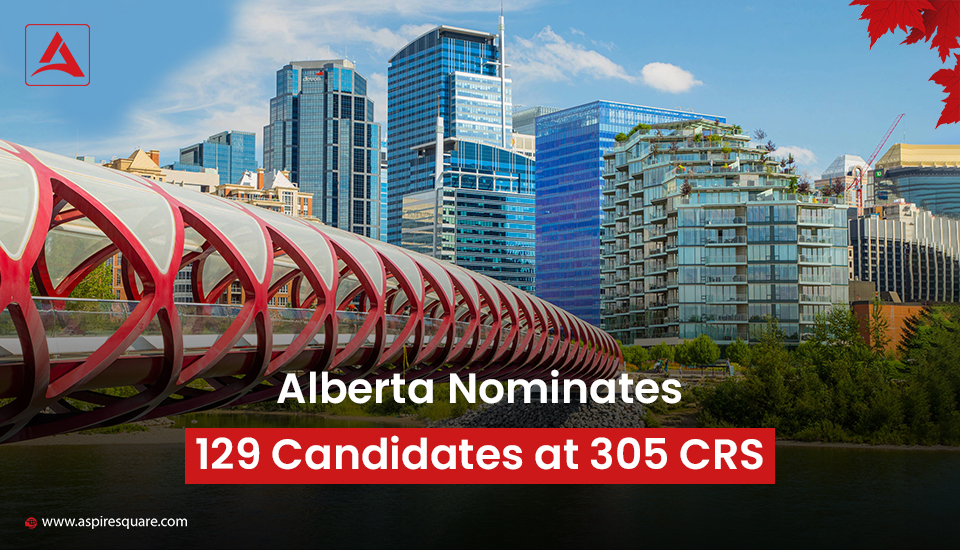 Over the years Alberta province plays a significant role in inviting a good number of overseas candidates. The province is full of natural resources and beauty. Moreover, the less crowded areas attract a lot of candidates who are looking to Migrate to Canada. But from the last almost five months the province did not declare any draw that was only the area concern. However, recently the authorities have published the latest draw’s result.

Want to Apply for Canada Immigration?

Alberta Publish the latest draw figures that have nominated 129 candidates. The Comprehensive Ranking System score (CRS) of the lowest-ranked candidate who received a Notification of Interest letter was 305 points. After a break of almost five months, the province declared a draw. Moreover, the data of the draw is also published almost after one and a half months.

AAIP Streams for the Skilled Workers

Three streams fall under the AAI programs. As per the record, the AAIP is assessing applications that are received before November 3, 2022, approximately.

As per the nomination certification limits for the year 2022, the target given to the province was 6500. However, the province just reached the number of 2449 Notification of Interest letters by December 8, 2022. Even if we considered the in-line applications, still the province reaches only 3800+ applications. Canada Immigration cannot be completed without the support of the Alberta provincial nominee program. These numbers indicate the potentiality of the province. This year, there are likely chances that the province may meet the nomination target.

Also Read: How to Immigrate to Canada from India?