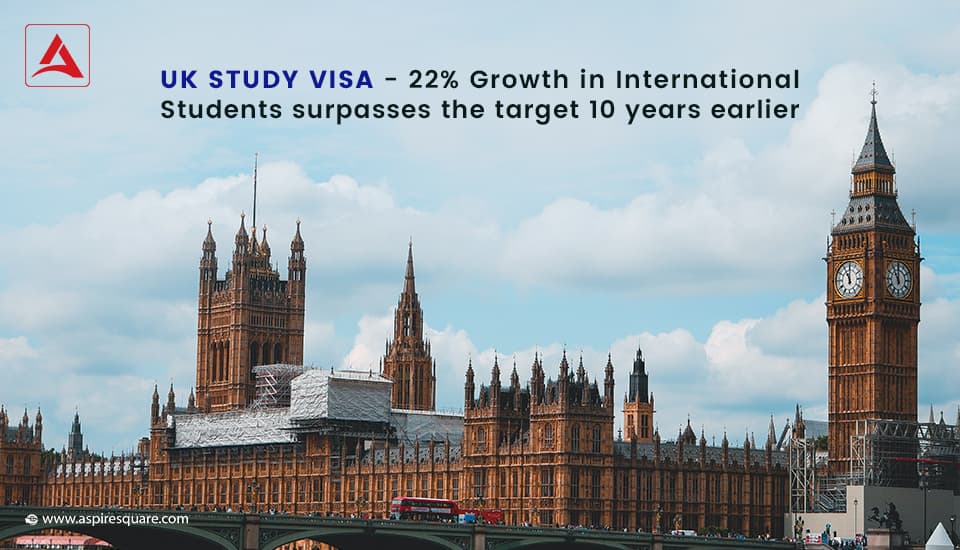 Apply Now for Study in UK

In the first week of February month, the UK’s one of the leading statistics agencies named HESA (Higher Education Statistics Agency) has done the year 2021 analysis and provide statistics on the international students. This study has based on international students who reached the UK’s Universities on Study Visas. Moreover, another agency UCAS has published the End of Cycle release for 2021.

Statistics On the UK Study Visa by HESA

The recent years have been passed tough for UK immigration. They have faced the challenges like the Wuhan virus pandemic, chaos of Brexit, confusion of visa requirements, fees, and approvals. Despite the challenges, the UK government has invited significant numbers of international students. As per the analysis, a total of 605,130 international students have entered the UK for their further higher education in the academic year 2020-2021. This number has surpassed the target that has been decided for the year 2030. That means the UK government has reached the target 10 years early.

According to some more analysis, the HESA has also figured out that there is a 22% hike in the International Student Visa for the UK. Out of this 22% international students, 16% are having non-EU backgrounds. The rising figure shows the demand for British education in the international diaspora. 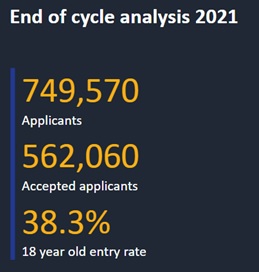 Analysis by UCAS On The UK Study Visa

The UCAS (the Universities and Colleges Admission Service) in the UK is an independent organization that supports the students to find out the best eligible undergraduate and post-graduate courses. Recently, they have published their END OF CYCLE DATA for the year 2021.

UCAS data has also indicates and considered the HESA statistics and find out that the UK Study Visa has continued to thrive despite having ongoing pandemic circumstances. As per the analysis and above figures, which indicate that the number of applicants and international students who have applied through UCAS has almost raised tripled with the past few years. These numbers included both EU and non-EU students. These figures are also giving a sign that the numbers not only increased last year but it is likely to increase a year on year.

On the other end, the number of the EU residents and citizens who were applying for UK Universities’ Courses are decreasing drastically. Last year it was almost half the previous academic year. One of the main reasons for the decrease in numbers is the rise in tuition fees for EU students due to Brexit. This is 2020–2021-year data and that has been analysed before the full fees have been proposed. As a result, the number of EU students’ admissions may fall in upcoming years as well.

On the further notes by the UCAS, there is a 17% rise in the non-EU students’ applications. This rise has indicated that the UK Student visa is now raising the popularity and the numbers may jump high in the upcoming years. Out of the non-EU students, most of the international students are from China that is nearly 28%. Whereas India is holding, the second position with 10% with almost 8.5% of non-EU international students places at the universities. The region-wise number of students are indicated in the given below graph. 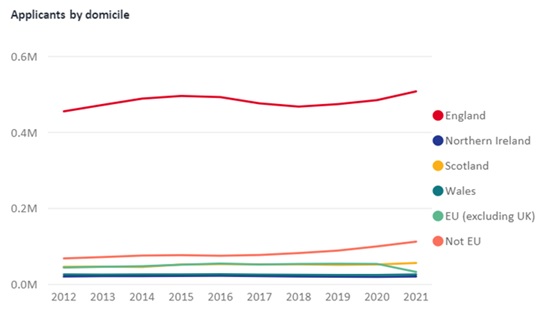 This is one of the significant achievements of the UK government. This much of the high number of international students started Studying in the UK has not only brought the high revenue for the country but also rising the British education value on the international forum. Despite having the Wuhan Virus pandemic and Brexit the UK has achieved the milestone. However, now it is a great challenge to the UK’s Universities to provide the best support to this huge number of newcomers and help to get settled in the new environment and a new culture.