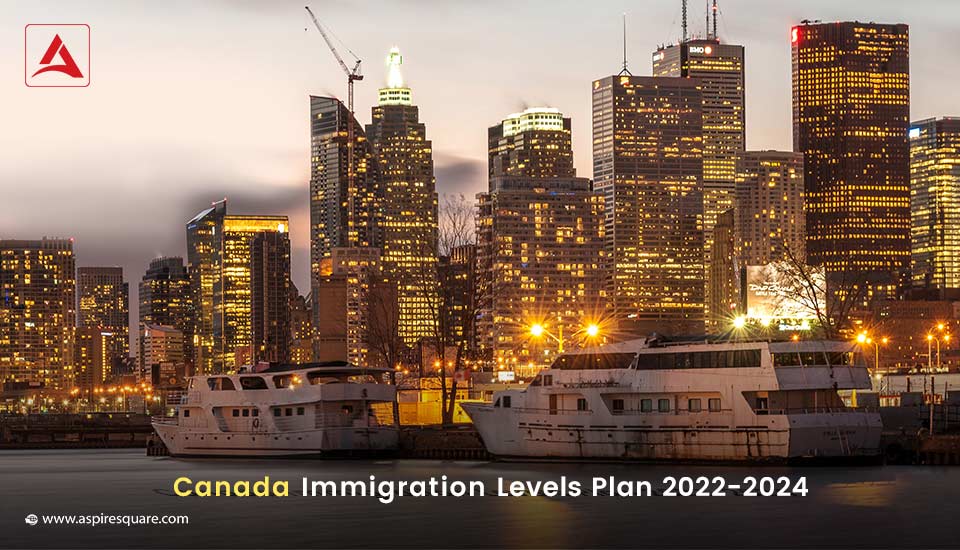 In the recent parliament session, the immigration minister Mr. Sean Fraser has announced the new Immigration Levels Plan 2022-2024. The announcement on this new immigration levels plan came on 15th February at approximately 3:35 p.m. Eastern Standard Time. According to the immigration minister, the goal of the plan is to strengthen the Canadian economy, reunite the families and provide help to the refugees. Additionally, it focuses on increment of retention of newcomers in the regions under the actual economic, labour, and demographic constraints.

In these upcoming three years, Canada Immigration has targeted the given-below number of immigrants.

As the announced Immigration Levels Plan have been covered some of the specific and significant analyses. Additionally, there are certain forecasts have also been disclosed. Here are the analytical and forecasting of the plan given below.

The plan has includes all the Canada immigration programs such as

Refugees and Protected Persons & Humanitarian and Other Programs

Additionally, this year the government has also introduced a new Temporary to Permanent Residence (TR2PR) stream. It has includes the Start-up Visa Program and the Self-employed Persons Program as well.

Under the economic pilot programs category, the Municipal Nominee Program will be followed by the program launch. Moreover, programs like Home Child-Care Provider Pilot and the Home Support Worker Pilot, caregiver pilots programs through the interim pathway.

Quebec region is also included actively in the plan. However, there are two categories family class & protected persons excluded.

In the Refugees and Protected Persons & Humanitarian, and Other Programs the human rights defenders in need of protection, including women, journalists, and LGBTQ2 people streams have also been considered.

Apart from this, Canada supports the Afghanistan situation and include the admission for persons selected on humanitarian and compassionate grounds, for reasons of public policy, and in the permit holder class as well.

Moreover, the plan has also aimed to reach a significant number of Francophone immigrants; the government has set a target to increase the French-speaking immigrants outside Quebec by 4.4% until the year 2023. 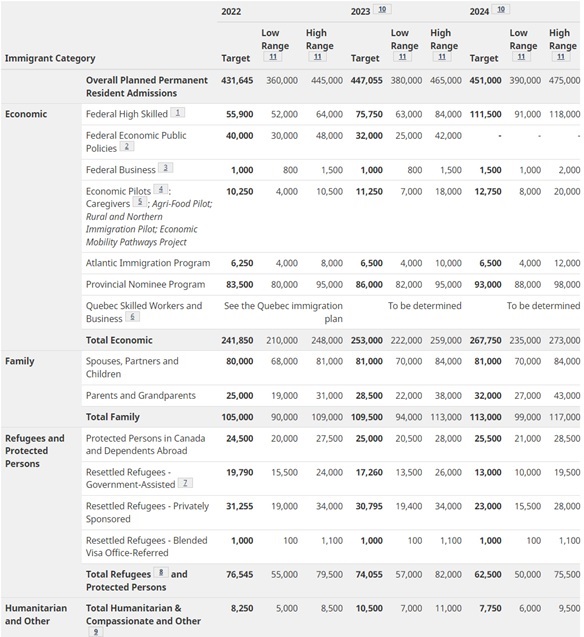 There are certain sorts of forecasts are targeted by the Canadian government through the immigration levels plan speculations are as per below.

Though the Express Entry Draws range has been reduced by the IRCC for this year, biweekly draws will be processed under the Provincial Nomination and other class categories. During the pandemic, the Canadian provinces and territories are declaring the draws frequently. They are also inviting a good number of candidates. As a result, last year Canada Immigration has set a new record by inviting 405,000 new permanent residents. As per the announcement Immigration Levels Plan every year by 1st November. This year on November 1, the government will be announced Immigration Levels Plan for the year 2023-2025. Last year the immigration plan did not take a place due to the September federal election in Canada.