Canada Express Entry Points Calculator & How to Improve Your Score? 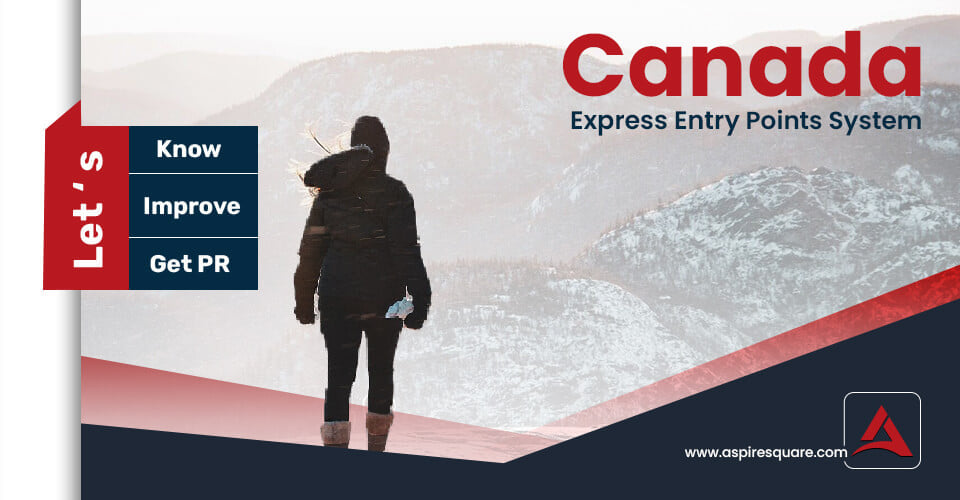 Before the year 2015, most of the Canada PR applications were paper-based which take a long time to process. Then express entry launch, as per the name it accelerates the applications and starts giving results in quick time. The purpose of this system is to make the application system easier and faster.

Previously, if the candidates wish to apply for any program then they need to do an individual process for each of them. This system has provided a single-window entry for all the programs.

Whereas, some provinces are still required to do paper-based application after getting a nomination from the provinces such as Alberta, Morden immigration Program, New Brunswick, Nova Scotia (AIPP), Prince Edward Island (AIPP), Newfoundland & Labrador.

What Is The Express Entry?

Candidates can make a common profile for all the programs which were not possible previously. However, as mentioned above, there are some provinces where a separate expression of interest needs to submit.

The calculator is based on the two kinds of point systems. The first one is considered as an eligibility points system and the second one is called a selection point. In the eligibility criteria, there is 100 points system 67 points are required to get eligible to Apply for Express Entry.

These points are covering the six selection factors which we will discuss further on. The second points table is the Canada Express Entry Points Calculator of 1200 points which are called selection points.

Usually, twice or sometimes thrice in a month, CIC declares the selection draws which are called the express entry draws. As per the recent draw on 18th November 2020, the CRS cut-off was 472 points.

The below given points table is the Canada PR eligibility base points table. It includes 100 points. To get eligible for the Canada Express Entry System the candidates need to achieve at least 67 points out of it.

Here is the explanation of the Canada Express Entry Points Calculator.

The above-given table is a brief introduction of the entire system of the Canada Express Entry Points Calculator. It elaborates how the 1200 points criteria are segregated in the system.

The entire system has 2 divisions of 600-600 points each. As per the table, the first 500 points are called core factors. Those are divided into individual factors as well as spouse factors. On the other hand, the remaining 100 points are covered through skill transferability points. Usually, FSW, FST, and CEC draws are based on this first 600 points division. The second partition of 600 points is based on the three factors a job-offer from a Canadian employer, Canadian Education, and provincial nomination.

Level Of Education – With Spouse 240 And Without 150 Points

As mentioned above there are two types of Canada PR Points calculators. Candidates cannot be qualified until and unless achieve the eligibility points.

However, the eligibility and the selection, both of the criteria are based on the six selection factors. Age, Education, Work Experience, English Language Proficiency, Spouse Factor, and a connection to Canada. As compared to other countries Canada PR Process is quite popular because it generates confidence among the candidates to achieve it.

How to Improve Canada PR Points?

The confidence has been raised among the Canada PR desire candidates due to the Canada immigration points system. To be eligible they require just 67 points out of 100 whereas the frequent draws of different streams raise the aspirations of aspirants.

There are various ways through which Canada PR Points can be increased, here are the ways.

Over the years the Aspire Square has giving counselling for the Canada PR. Many of the clients have also successfully settled in Canada after completing their Canada PR Process from Aspire Square.

We are the only brand in Gujarat that’s dealing in immigration, study visa, and coaching in 3 major cities. Canada PR is one of the most successful products of our company with the highest success ratio. As a result, Aspire Square is not only a well-known name in Canada immigration also a premium destination for coaching.

Our coaching division is known as Coaching Square which deals with IELTS Coaching, CELPIP Coaching, PTE Coaching, and DUOLINGO as well. Visit or call any of the branches of Aspire Square and get the privilege of Free Counselling for Canada Permanent Residency.

Check Your Eligibility for Canada PR !