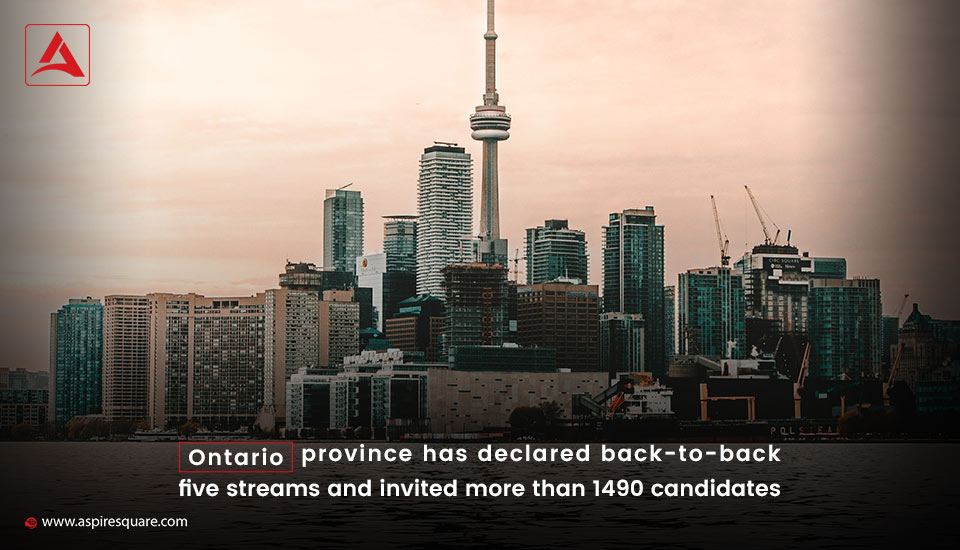 The study, work, or settle – Ontario province is the first choice for most of the new immigrants. According to a survey, all the new migrants who are landing in Canada every year out of them, nearly 60% to 70% of immigrants wish to settle in Ontario and especially, in the metros like Ottawa and Toronto. Why is it so? Here are some of the reasons that show why everyone loves Ontario.

In the hierarchy, Ontario province has recently declared two back-to-back draws within two days from the five different streams. On 28th February, Ontario has declared a special draw for the PhD Graduate stream. Whereas, on 1st March 4 other category draws have been declared by the province. Here are the key highlights of the draw.

The draws have been declared in five different categories

These five draws have invited in a total of 1493 candidates

Most of the inland applicants have been targeted from these draws and among the 1073, candidates who have completed their studies and have a job offer letter from a provincial employer get the benefit of the direct nomination from the province.

This is one of the significant incidents when any province has declared this number of draws on a single day.

Additionally, the province has done separate international students draw under the targeted NOCs and nominated 41 occupations.

With the provincial nomination, these 1493 candidates are one step closer to becoming permanent residents. Here is the table that can define the Ontario PNP draws stream-wise cut-off and invitations.

The province has announced a separate draw, for the international students under the targeted occupations that are given below.

The Ontario PNP is played an important role in Canada Immigration. As one of the largest and the most developed provinces, they are always ready to invite a good number of immigrants to the province. On the other end, by providing various immigration programs the province provides an open space to the inland and outland applicants. One of the beauties of the Ontario provincial nomination program is that they are providing a number of options to both inland and outland applications through which not only migrants can apply for the province but love to settle there.