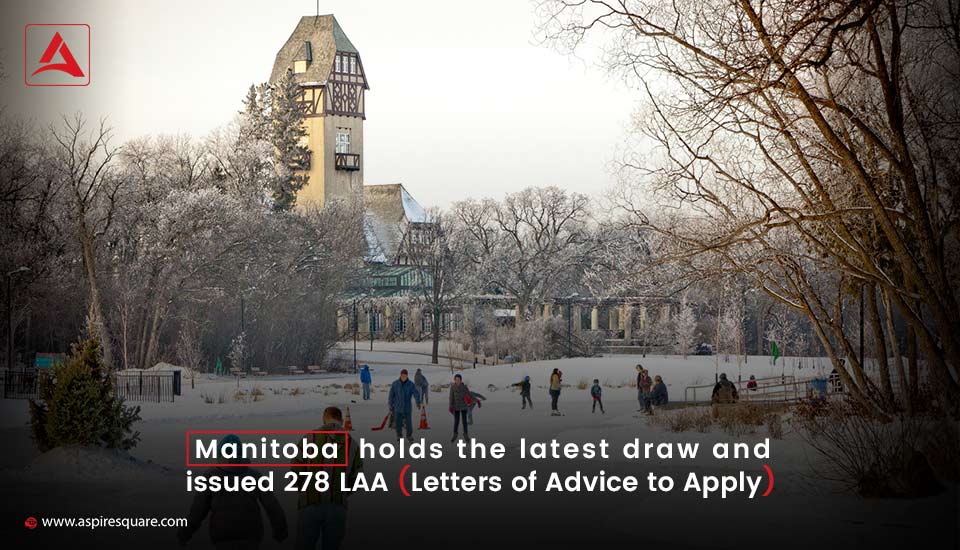 On 24 February 2022, Manitoba has declared its last draw of February month. The latest draw has invited 278 candidates.

Key Highlights of the MPNP Draw

Manitoba is a province full of natural resources and agriculture. Manitoba is one of the provinces that add the highest value to the Canadian economy. With more than 1.2 million population, it is one of the prime locations for migrants. The capital city Winnipeg is the diversified city of the country, a large number of immigrants live in the city and the community has a tight knot between them. Manitoba is stable in terms of the labour market and there is always a space for any new migrant. The province highly focuses on the family and friend sponsorship program. However, nowadays they are focusing more on the inland applicants.

The first stream is a skilled worker in Manitoba stream. The stream is targeting the inland applicants who are in the province and currently doing a full-time job in the province with a provincial employer. The international graduates and temporary foreign workers fall under the stream. There are two pathway programs are available in the stream

The second stream is the skilled worker overseas stream. The stream is applicable for most of the outland applicants. That means if you are in your home country other than Canada and the USA and if you wish to Apply for Canada Permanent Residency then you need to target the particular stream.  The stream has been assessed on the point-based system. To qualify for the stream the outland applicants need to demonstrate their eligibility, their connection to the province, education and experience criteria. The Manitoba PNP point-based system is divided into two segments first is eligibility points which are 60. Whereas, the selection criteria has based on 1000 points. The qualifying criteria depend on the five selection factors: Age, Education, Work Experience, Language proficiency, and adaptability.

There are two major pathways to qualify for the stream

The third stream is an international education stream. The stream encourages international students to apply for permanent residency and settle in the province. However, there are certain criteria that students need to meet, and then only they can apply for the stream. Apart from this, only those graduates who have studied from the Manitoba province are only eligible to apply under the stream. However, if they are working in Manitoba then they may apply for permanent residency under the skilled worker in Manitoba stream. There are three pathways for the stream