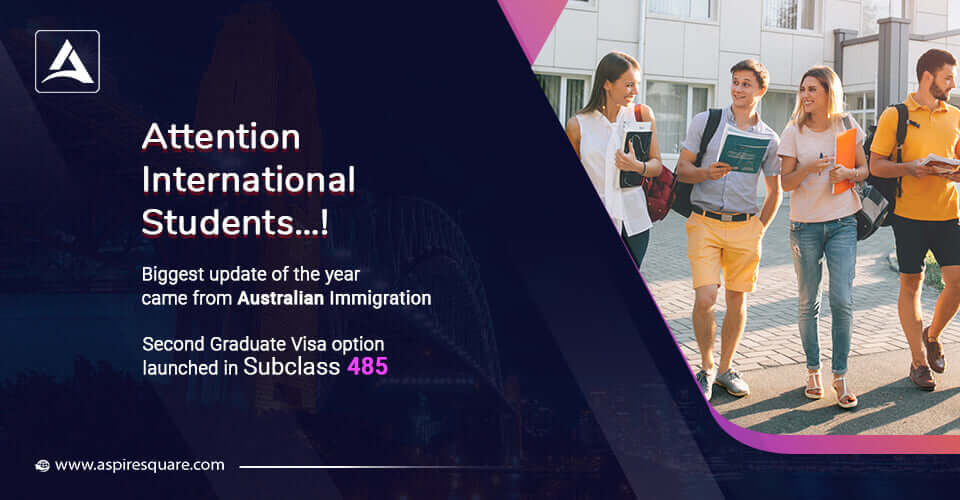 Subclass 485 is the temporary graduate subclass which any international student can apply after completing his/her tertiary education in Australia. In simple words it is called Post-Study work permit. The visa helps the candidates to live, study further and work in Australia.

As per the recent changes the department has declared a newly launched Second Graduate Visa option. Previously this visa subclass has once-in-lifetime visa condition but form the new year students who studied especially from the regional educational institutes may apply for the second visa as well.

The visa is divided into 2 streams in this Second Graduate Visa Initiative.

From the 20th January 2021 Australian immigration has given opportunity to the graduate visa holders under the post-study stream to apply for Second Graduate Visa under the same stream. However, students need to satisfy the specific regional requirements. The visa validity may be granted up to 1 to 2 years.

One Year Visa – to obtain 1 year visa, the candidates need to fulfil the given below requirements.

In above both the visa types and the streams the new visa conditions will be applicable for the subclass 485 where visa holders are required to lived, worked or studied in the regional areas while applying for the new visa.
Candidates must be familiar with definition of Designated Regional Areas which includes.

Designated Cities Such as

Regional Areas Such as

The visa application charge for the second Graduate visa in the Post Study Work stream will cost:

Check Your Eligibility for FREE !