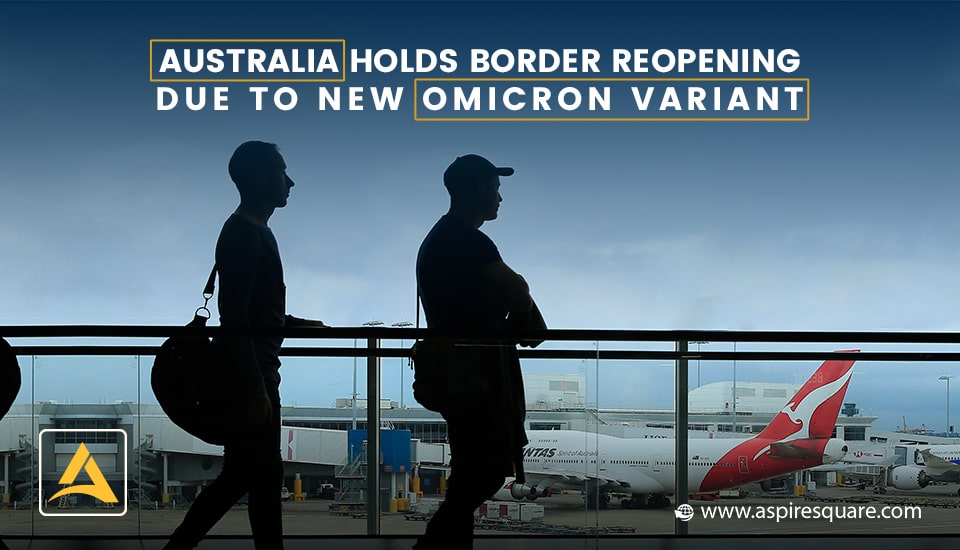 Now all of sudden due to the new Omicron variant Australian government has taken the important necessary decision of pausing the border opening for the next two weeks. As per the medical advice from the Chief Medical Officer of Australia, Professor Paul Kelly, the National Security Committee has taken this decision.

Previously the borders were about to open from Wednesday, 1 December 2021 but due to this variant of COVID-19, the opening is delayed until 15 December 2021. Australia Immigration’s decision has affected skilled migrants, international students, humanitarians, working holidaymakers and provisional family visa holders.

Along with that, the reopening of borders for Japanese and Korean travellers has also paused until 15 December 2021.

Australian government buy this time to gather some more information about the Omicron variant. As per the government’s statement, they need a better understanding of the variant, check the vaccine success rate against the variant, the range of illness, check illness range, whether it generates mild symptoms or more, and transmission level.

As of now, Australian borders are open for fully vaccinated Australian citizens, permanent residency holders, their immediate family members, as well as fully vaccinated green lane travellers that include the citizens of New Zealand and Singapore with limited exemptions.

In addition, all these above-mentioned travellers need to have a negative PCR test report. As well as, filled Australian Traveler declaration form that includes the complete vaccination status, state and territory wise confirming requirements that comply with the public health requirements.

Measures Declared by The Australian Government for Omicron Variant

On 27 November 2021, the Australian government has declared these measures against the new variants

As per the recent media release by the Australian government has assured their citizen that they are in a strong position to deal with the COVID 19 and its further challenges. As per the records Australia has achieved the highest vaccination rate in the world with 92.3 per cent population having the first dose whereas, 86.8 per cent of the population have now double vaccinated. In addition, Australia has the lowest fatality rates in the world because of the precise COVID 19 guideline and steps. To discuss further the Omicron variant, Australia’s Prime Minister Scott Morrison called the National Cabinet meeting. The meeting may once again ensure that Australia can open safely, and stay safely open.