Study in Canada: 100% Online Studies from Outside Canada Still Eligible for Post-Study Visa 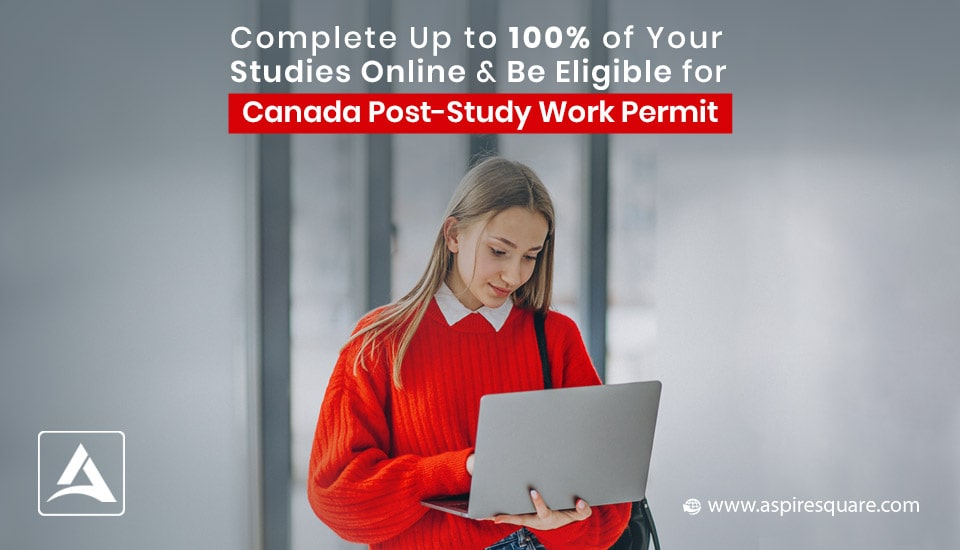 The impact of the Wuhan Virus pandemic is reducing day by day. As a result, countries around the world are opening their borders for foreign nationals. From the last quarter or so, countries like Canada, the UK, the USA and some of the European countries have not only opened the borders for international students but also allow non-essential travellers as well. Recently Australia has also declared some significant reforms for international students and skilled workers.

During this entire pandemic situation, the immigration process of all the countries was hampered. There was a lot of to and fro of the process by the immigration departments. As a result, the skilled workers and international students have suffered a lot. However, there is the only country that remains constant in the immigration process in Canada. And even till today, they are declaring the news those are in favour of foreign nationals.

As per the recent announcement from the Canada Immigration department, those international students who took their studies 100% online from outside Canada are still eligible for the Post-Study Work Visa.

Highlights of the Announcement

Here are some significant points of the Canada study visa announcement

Eligibility Criteria to Apply for PGWP

Candidates Who have Completed Their Programs

Candidates Must be Graduated from One of the Following

NOTE: Canada immigration will only count the time of PGWP visa length that students have spent outside of Canada for their studies after the department has received the study permit application.

There are certain exceptions under the eligibility criteria. Candidates will not be eligible for PGWP if

This is one of the remarkable steps that have been taken by Canada Immigration. Allowing PGWP permit to those international students, who were unable to travel to Canada due to COVID 19. However, still, Canada Immigration has not declared yet whether 100% of online studies points will be added to the CRS calculation or not. At some point-of-view, there are more chances just like PGWP eligibility approval; very soon we may also came to know about the CRS points’ news but until then we should keep an eye on the latest declarations.