The UK Government Taken Strong Steps Against the Omicron Variant 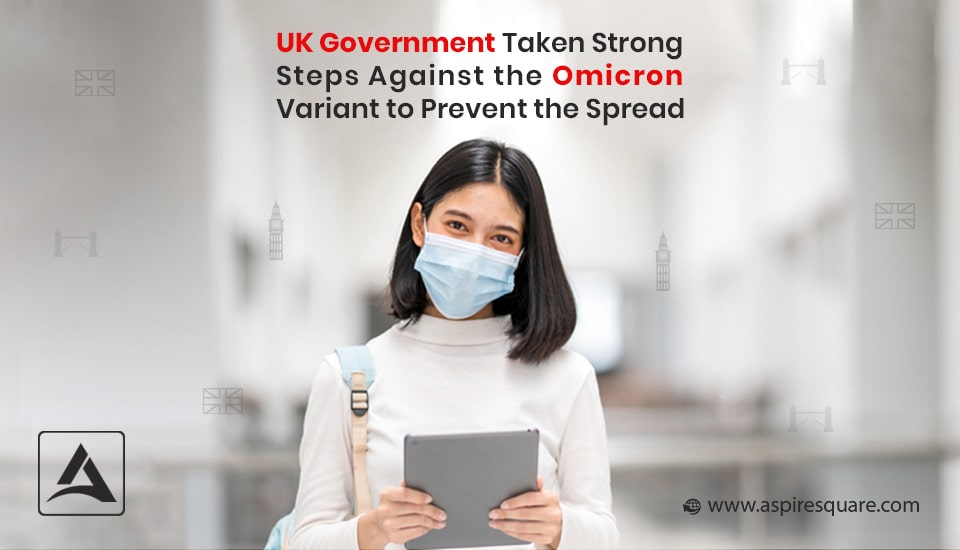 As the news of the new COVID–19 variant OMICRON has started publishing in the world forum, most of the countries swung into action. Almost every day, we come across the update that the countries are again closing their borders for the foreign nationals who are coming from the African continent.

There are some of the significant steps have taken by the UK government to prevent the spread of the new COVID 19 variant. As per the latest update from 30 November 2021 (4 am), a new measure has been imposed.

Guideline of for The Omicron Variant Prevention

According to the UK Government, the guidelines has been imposed as a precaution. Because the strategy is to buy a time against the new variant.

UK Visa Process and Travelling to the UK for Foreign Nationals

As per the latest update in the UK Visa process and travelling to the UK, the authority has imposed the given below restrictions on the foreign nationals who have connections with the most risk countries.

As per the update, here a million-dollar question arises that how this new threat will going to affect the UK Visa Process. The answer has covered in the recent statement of UK Prime Minister Boris Johnson. He said, “The UK government has taken a proportionate and responsible measure to buy some time to face the challenge of the new variant. He assures that the vaccination and booster doses are the best lines of defence against the new Omicron variant. He also insists the community come forward and complete the remaining vaccinations. These steps will not only help to slow down the variant’s spread but also provide protection as well.