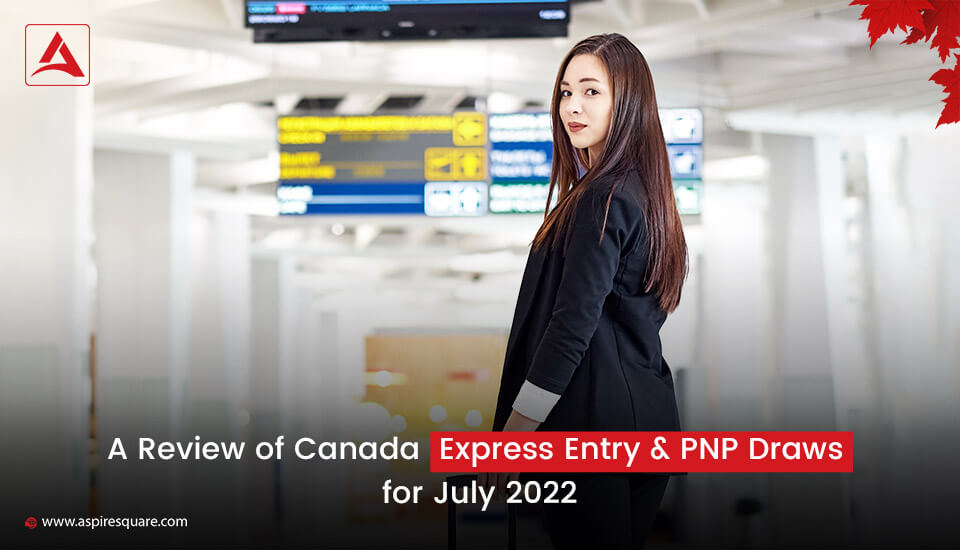 As far as the provinces are concerned British Columbia has declared four draws, Manitoba and Ontario have declared three draws, and Quebec has published one draw but it already happened on 28 June. Although Saskatchewan has become a star performer of the month, the province has performed unbelievably by declaring back-to-back four draws.

There was a historical moment on 6 July 2022, when Canada Immigration resumed its all-category draws. After waiting for almost one and a half years these draws are restarted.

In the previous month, there are five provinces announced their draws. British Columbia, Manitoba, Ontario, Quebec and Saskatchewan. Here are the brief details of these draws.

This month the province has declared four weekly draws. Out of them, they have sent a notification of invitations to a total of 635+ overseas candidates. All these draws were announced under the below-given draw categories.

Must Know: Canada Express Entry Points Calculator & How to Improve Your Score?

Must Know: How To Immigrate To Canada? 5 Easiest Ways For Canada PR!

In July month the province invited 730+ candidates from the standard three streams. Three draws have been declared in July. Two draws were declared under the generalized pattern whereas, one draw was announced for Ukraine citizens.

Note: CUAET Holder who is working in Manitoba for the last at least six months may also be eligible to apply for the MPNP as a Skilled Worker in Manitoba.3

In July 2022, the province came up with a different category of draws. A total of three draws were declared and one important announcement has also been declared. Here is the brief of the draws.