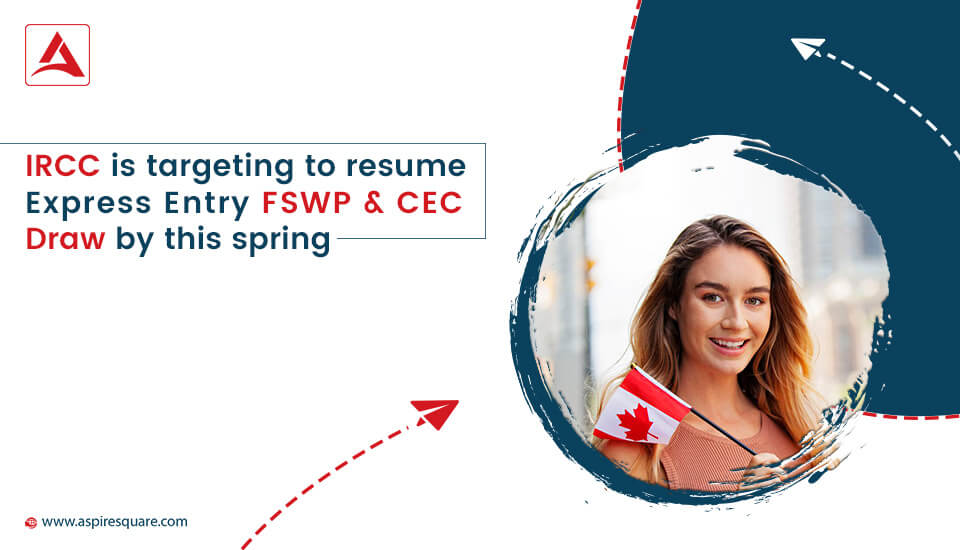 In the recent virtual interview, the Canadian Immigration Minister Mr. Sean Fraser has said that – “Though there is no major announcement, IRCC is looking to resume FSWP draws in the near term, aiming for some time in this spring”. He also added that the draws are being delayed, due to the current heavy backlog of the applications.

One of the leading study visa service providers of Canada “ApplyBoard” has taken a virtual interview with the Canadian Immigration Minister Mr. Sean Fraser.

The interview topic is based on the recent Canada Study Visa progress and issue that are faced by plenty of international students.

Additionally, Mr. Fraser has also addressed some of the questions on the latest ministry’s mandates about creating pathways to permanent residency for international students.

Before the wrap-up of the interview, the immigration minister has also covered the questions that have been posted in the chatbox.

In the answer to all these questions minister Fraser, one more time said that “there was no major announcement, but reiterated that IRCC was looking to resume FSWP draws in the near term, aiming for some time this spring.”

Answers From the Canadian Immigration Minister

He added that especially those candidates who are currently working in Canada and holding a PGWP (Post-Graduation Work Permit) their permit is also on the edge of expiring. Without further invitation rounds they cannot apply for Canada Immigration. However, they can be eligible for a Bridging Open Work Permit (BOWP) that allow them to not only Stay in Canada but also work legally even after their PGWP expiry.

Although, the downside of PGWP is that it cannot be renewed or extended. As a result, candidates who cannot meet the bridging visa criteria they have either need to apply for a different type of work permit quit their jobs, or unfortunately, leave the country.

To address this issue, Mr. Fraser has said,

There are some significant points, which are indicating some better updates in regards to Canada Immigration as well as resuming the FSWP, CEC and FSTP.

First, is the announcement of the Immigration Levels Plan 2022-2024. As per the plan, IRCC needs to issue a certain amount of ITAs (Invitation To Apply) before the end of the year 2022 to achieve its target.

Secondly, some speculations are indicating that though IRCC has under huge pressure of backlogs in the upcoming quarters the backlogs seem to get reduced due to just only PNP Draws.

Suppose the IRCC start the Express Entry FSWP, CEC, and FSTP draw in the upcoming spring, even though candidates will reach their dream destination not before 10 to 12 months.

Moreover, Canada also does not want to lose those skilled workers, who are already in the country on a work visa and if they lost their work status then there are likely chances that Canada may face a huge labour shortage problem.

The immigration minister has not only given several positive signs through this interview but also shows how they are ready to deal with the upcoming situation. This recent interview raises the bar of hopes among Canada Immigration aspirants, and people can expect some much positive news in the upcoming time.