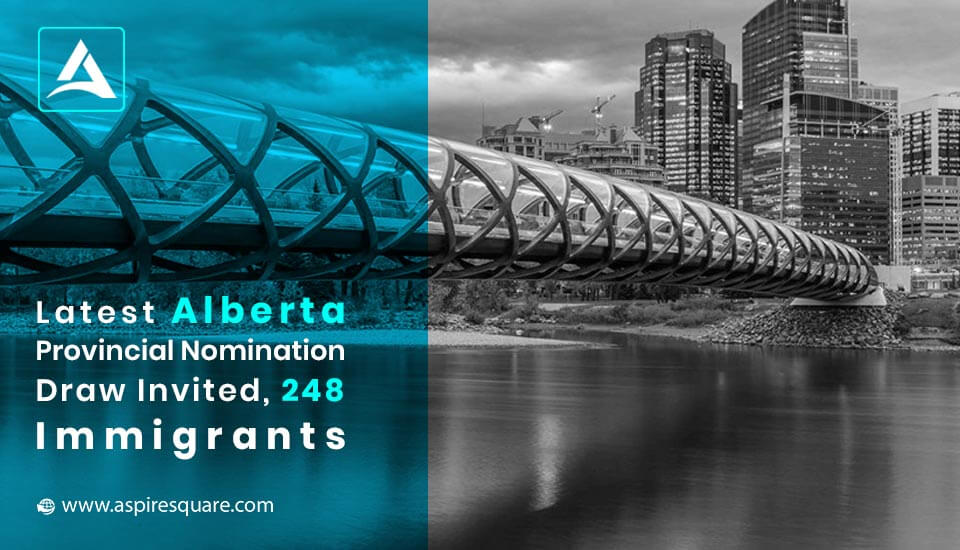 Alberta Provincial immigration authority has declared its last month’s draw details. The last draw was held on 26 October 2021 and its results have published in the public domain last week. In this draw, total 248 express entry candidates have invited under Alberta Express Entry Stream with 300 CRS points. Alberta province has its own significance in Canada Immigration. The oil and natural gas capital of the country is keenly looking for migrants. Here are some key points of the latest draw,

Highlights of the Draw

Alberta province is known as one of the constant and prominent provinces while calling the most number of immigrants. Especially, the provincial authority has the policy to invite those candidates, who

Alberta province does not have their own point systems provinces like British Columbia, Manitoba, Saskatchewan and Prince Edward Island. So they are following the Express Entry points table and select the candidates directly from there. Canada Immigration has main three programs

To get a nomination from the province, a candidate must have to receive NOI from any of the above-mentioned streams.

Alberta province had closed their draws in the year 2020 from June to December month and restarted from the new year 2021. Since then they are declaring almost two draws per month. And once in a blue moon, they have also declared three to four draws in a single month. Before the Wuhan virus pandemic, Alberta used to give nominations from the occupations like accountants, administrative officers, food supervisors and so on. But now the scenario has changed and now they start inviting more candidates from the fields like Food services, retail sales, medical, Civil, Transport, logistics, etc. Additionally, they also give preference to those candidates who have a connection with the province.