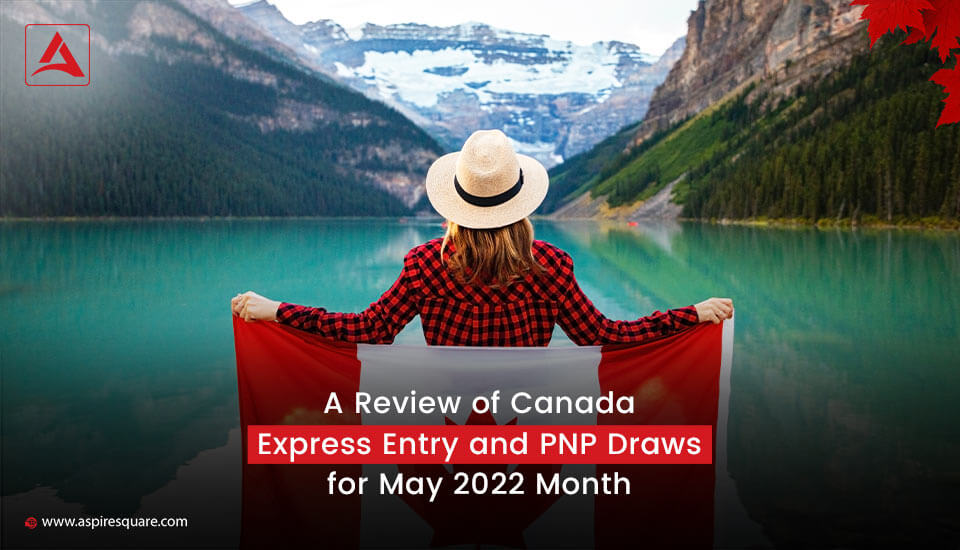 There are two Express Entry draws declared in May month. On the other side, seven provinces Alberta, British Columbia, Manitoba, New Brunswick, Prince Edward Island, Quebec, and Saskatchewan have declared their provincial nomination draws.

There were two Express Entry draw declared in the last month and invited 1134 candidates from the Provincial Nomination Program category.

On the 19th of May, the province declared its seventh draw for the year and invited 100 candidates with the CRS cut off of 382 points. This draw was the lowest draw of the year in terms of the invitation. In contrast, the draw has closed at the highest cut-off points. Find the draw history the given below table.

In May month, the BCPNP has declared five draws under the General draw, Tech-oriented draw, childcare and healthcare streams. From these five draws, the province has invited more than 850+ candidates from express entry and Provincial Nomination Programs. Here is the drawing table for the last month.

In May month the province has declared two draws. The first draw declared on May 05, 2022. The draw was a general draw that invited a total of 315 candidates from their three categories. On the other side, they have declared a Special Immigration Measure – Ukraine on May 20, 2022, and invited 13 Ukrainian candidates.

The French province declared its draw on May 5, 2022, and 30 candidates invited by The Minister of Immigration, Francization and Integration (MIFI). The invitation went to those candidates who have a valid job offer from the outside of the Montréal Metropolitan Community.

Saskatchewan province has declared only a draw on May 5, 2022, under the express entry and occupation-in-demand and special measure in response. Here is the drawing table for the last month.