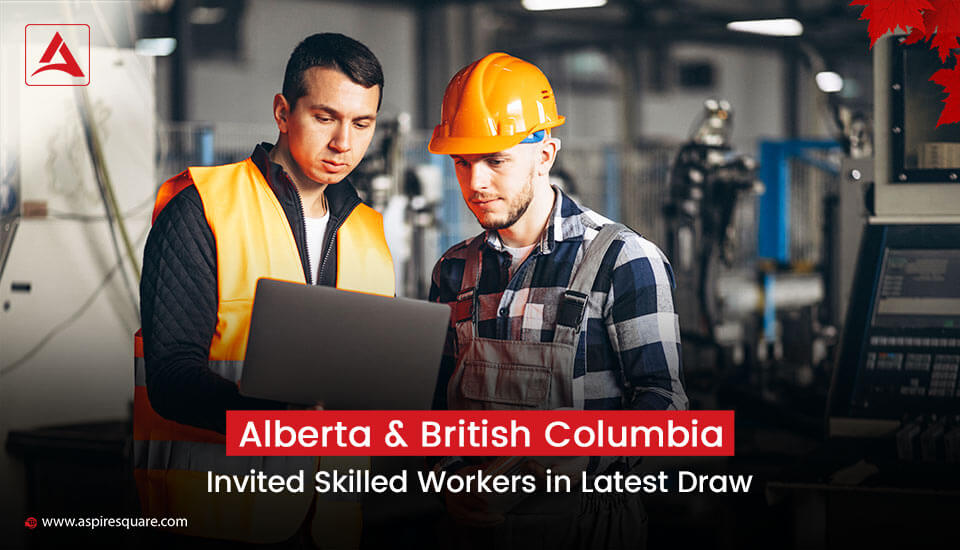 Two beautiful provinces of Canada have their recent draws and invited 230+ candidates from the various streams. Alberta declared its draw on the 19th of May and issued nominations to 100 Express Entry candidates with the CRS cut-off of 382 points. On the other side, British Columbia has declared the latest weekly draw on the 24th of May and invited a total of 137 candidates from Skilled Worker, International Graduate (includes EEBC option), categories.

Alberta is one of the naturally richest provinces of Canada. The province has not only plenty of flora and fauna but also it has a vast amount of natural gas, and resources that help to accelerate the economy of the province. On the other end, the province is also expanding their horizons in other industries such as information technology, tourism, business, finance, healthcare, etc. The recent past draws are also indicating the same. However, the latest AAIP draw seems different from the previous draws. Here are some of the important points of the draw.

The BCPNP declared its latest weekly draw on 24th May and invited 130+ candidates. As per the pattern, the draw is announced under the two categories. General Draw and the specific occupation-oriented draw.  The general draw has invited 115 tech-oriented candidates with a cut-off of 85 points whereas, the specific occupation-oriented draw has invited 22 candidates from Early childhood educators and assistants (NOC 4214) and Healthcare categories. Here are the tables of the latest BCPNP draw.

Apart from the two provinces, Manitoba province has also declared its latest draw. However, this draw was declared under the Special Immigration Measure* of Ukraine on 20th May. As per the draw, the province has issued 13 Letters of Advice to Apply.