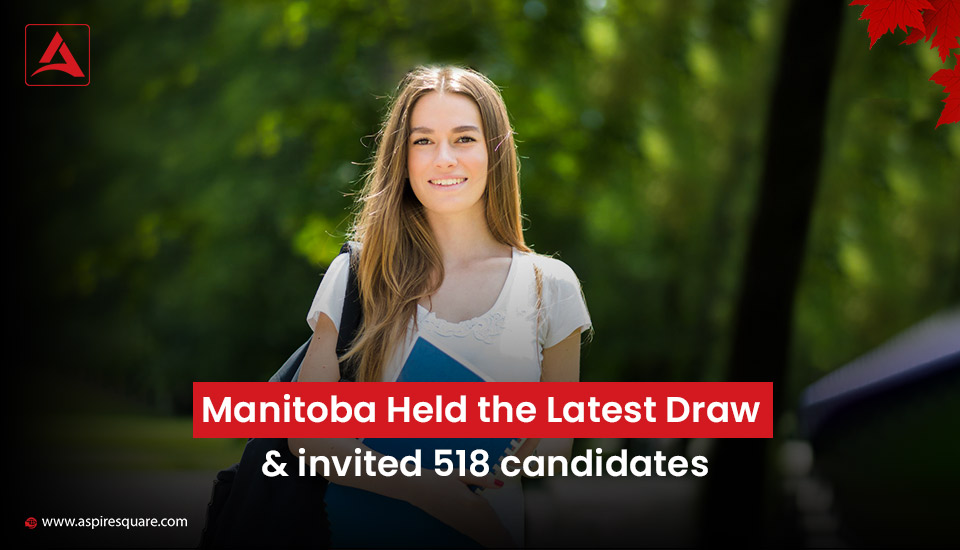 After waiting for almost two months, the province held the latest draw on November 18, 2022. The draw has invited 518 candidates from the standard three categories. A total of 177 candidates were invited from the Skilled Workers in Manitoba stream. A total of 198 international students received the nomination from International Education Stream, and 143 overseas applicants got the invitations from the Skilled Workers Overseas Stream.

Of the 518 Letters of Advice to Apply issued in this draw, 125 were issued to candidates who declared a valid Express Entry ID and job seeker validation code.

Usually, those overseas candidates who are looking for Canada PR and if they have any blood relatives in Manitoba province, studied in the province or have work experience, then this is the best place to move. However, candidates must be eligible to apply for the MPNP programs and for that they have to achieve at least 60 points out of 100 and need to match the latest cut-off points out of 1000 points. Here is the points greed through which you can get the eligible points.