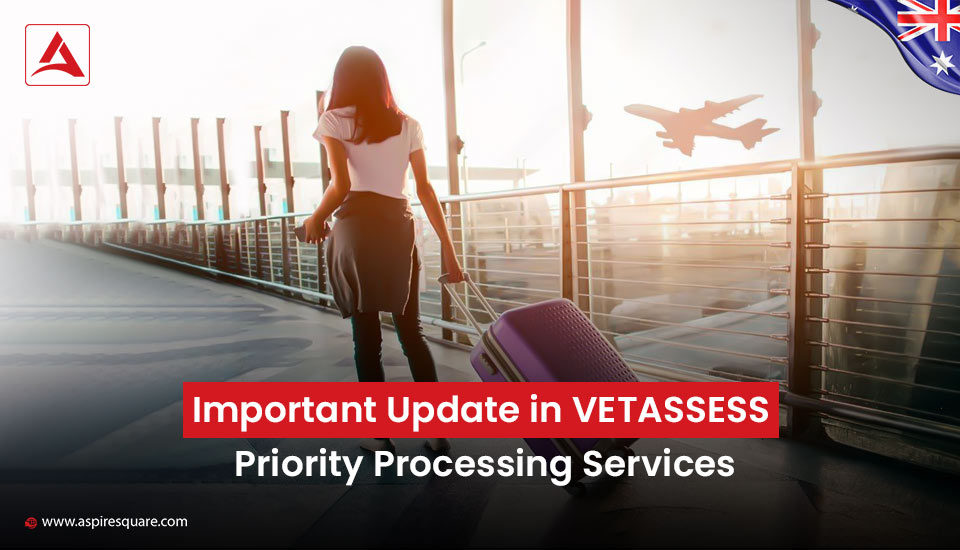 As the new immigration year for Australian Permanent Residency and other relevant visas has begun, a series of announcements are coming frequently. On the other side, Australia is now almost fully recovered from the devastating impact of the Wuhan COVID – 19 Virus. As a result, two draws the DHA declared, first draw was declared on 22 August 2022, which nominated 12,500+ candidates for significant Australia PR and TR. Whereas, the second draw was declared on 6 October 2022 which again invited 12,500+ aspirants. So within just three months, the country has already invited 25,000+ candidates to Immigrate to Australia.

In the hierarchy, the Skill Assessment Authorities have also made some crucial changes because of getting a huge number of nominations.

The Latest Change in VETASSESS

There is an important update came from the VETASSESS regarding the priority application processing. The VETASSESS is going to suspend the application lodgement of the priority processing services from 2nd December. All the applications that are submitted and approved as eligible will be completed within 10 days of the upcoming holiday break. The services will resume on 5th January after the staff will return to the office.

The candidates who have done their skill assessment but that is going to expire, need to apply for a renewal of their assessment. And most importantly the application should be done at the same time or earlier as they apply for state or territory migration programs.

Candidates need to take care as well that each state has their eligibility criteria to submit the applications. Moreover, there are precise timeframes as well which must have to follow by the candidates. So it is always advisable to submit the renewal application at the earliest rather waiting for an invitation from the state of the territory.

Impact of the Changes

The impact of the changes came into consideration as it has been started to implement by the Australian Government. A huge number of applications coming to the skill assessment bodies. The VETASSESS has received applications in huge numbers because of its criteria. As a result, in October month the assessment body declared the capping of 25 places in a day for priority processing. And with the latest update, the service is going on a pause mode due to upcoming holidays.