The automated invitation rounds for SkillSelect on 1 and 16 November 2012 were successfully completed. The table below lists the number of invitations issued: Here Aspire Square would like to give you the complete overview of Immigration Process. We have also got the two valuable Invitations for our client. We are the No.1 Immigration agent in Gujarat for Australia Immigration Process.

During 2012 the following number of invitations has been issued:

The following graph shows the points claimed by clients who were invited to apply in the 1 November 2012 and 16 November rounds: 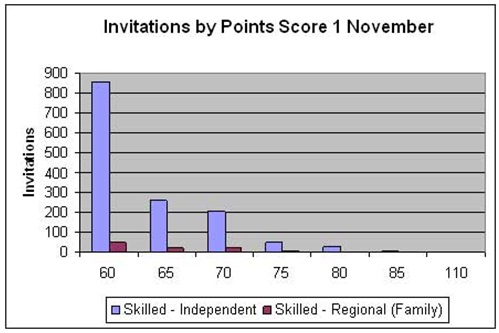 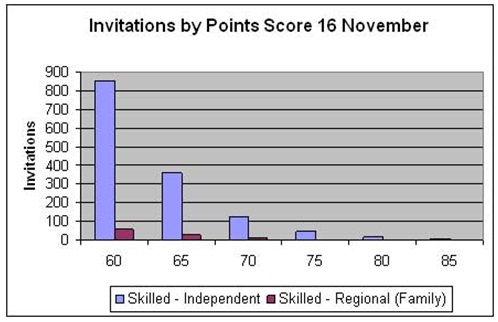 The highest ranked clients by points score are invited to apply for the relevant visa. For clients who have equal points scores, the time at which they reached their points score for that subclass (referred to as the visa date of effect) determines their order of invitation. EOIs with earlier dates of effect are invited before later dates.

A year to date summary of occupation groups is updated monthly on the SkillSelect reports tab.

The number of intending migrants who received nominations from State and Territory Governments during October 2012 is shown in the following table: