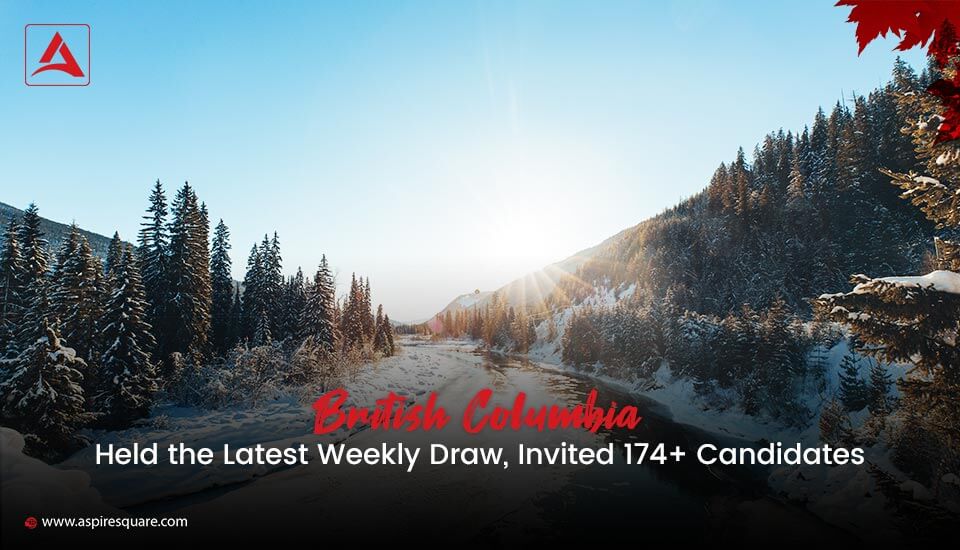 British Columbia is the province, which is declaring the constant draws and inviting the migrants frequently. Whatever the situation may be, it does not bother the province to declare the draws. One of the basic reasons for that is the well-organized immigration structure and policies that do not let down the flow of inviting the candidates.

Yet another weekly draw has been declared by British Columbia on the 19th of April. The draw has invited 174+ candidates from the tech occupations, health occupations, and early childhood educators and assistants’ occupations.

By this BCPNP’s weekly draws the pattern, there are two points-of-views one should need to understand to those candidates would like to move to Canada or obtain a Canadian study visa or Canadian Permanent Residency. First, as a candidate, you should be aware that British Columbia province only invites the candidates, who are in the province, studied in British Columbia, have a job or an experience under any provincial employer. Second, the latest draw pattern of the province is simply targeting the tech-oriented occupations, health occupations and early childhood education. So it is advisable for all the candidates, whether they are looking to Study in Canada or completed or have an open work permit and most importantly working in the above-mentioned occupation, they all should check their profiles for the BCPNP.