USA, Canada, and Now Australia Come into the Picture of Visa Fraud 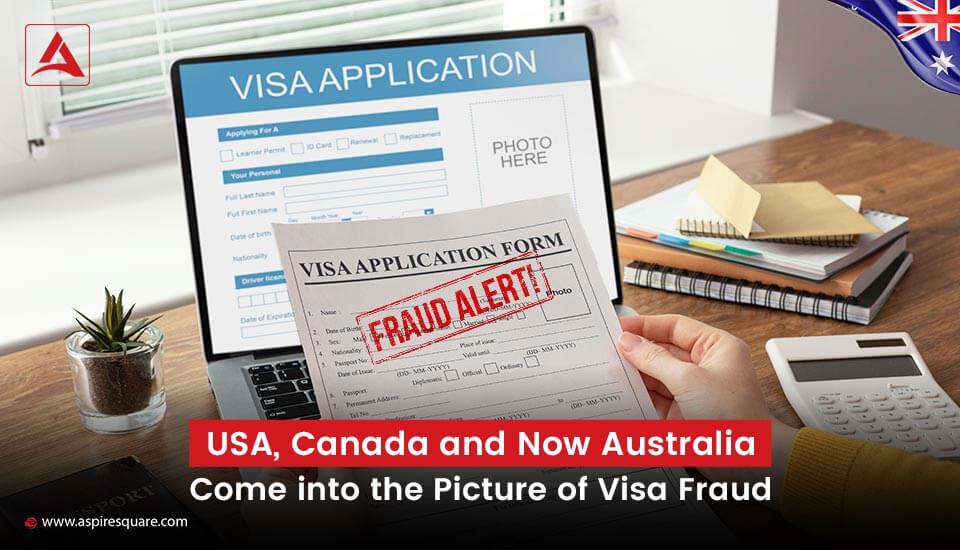 Every now and then, we come across of visa fraud news. However, most of them are from either USA or Canada. But now Australia is also entered in this chunk. Recently, one of the leading newspapers of Gujarat published an exclusive report on these fraudulent activities.

According to the report, nearly 3500 candidates entered Australia based on fraudulent documents. Now, they are about to deport. These sorts of activities only made the fraud agents millionaires whereas, candidates who went there going to suffer a lot.

How was the Scam Committed?

Recently, there are lots of students, their parents, and candidates rushing toward Foreign Education and Permanent Residency. In this blind race, these aspirants got caught in the trap of a short-cut and fast visa process.

Out of these 3500 illegal migrants, most of them are on Australia Student Visa.

Here is the pattern that follows to commit the particular scam

The International Human Rights Association is a whistle-blower of the scam. They have done some sting and secret operations and published the Australia Immigration fraud.

Enroll Now To Migrate to Australia

As per the article, there are typical modus operandi has been admitted by the agents to clear such cases.

These types of practices are hurting the image of the country.

Dr. Dilipsing Bodana is the chairman of The International Human Rights Association, Sydney. He has given a recent interview to Gujarat’s leading newspaper. Dr. Bodana is living in Australia. He and his association help international students who are a victim of immigration fraud and are stuck in the country.

As per Dr. Bodana, there are a lot of Indian students who would like to study in Australia but due to a lack of information or in search of a shortcut, are trapped in the schemes of fraud agents. These agents even cheat those candidates too who are fully Eligible to Get an Education in Australia.

In some cases, these agents charge more than 50 lack per student. Australia may come into the limelight recently but the USA and Canada are in the news on regular bases.

What is the Investigation Result?

The International Human Rights Association was doing a secret investigation on illegal migrants for the last two years. The outcome of the investigation was startling.

There is no shortcut to immigrating to any country. There are certain rules that everyone should follow if they want to migrate to any country on a study visa or Permanent Residency Visa or even a visitor visa. Moving to some other country is not a solution to your problems and moving with fraudulent documents will make your life even miserable. Hire a rightful agent for your immigration or Study Visa Process is the most important step so take it wisely.

Study at Your Dream Destination