UK Travel Restrictions have been Relaxed for the Indian Travellers 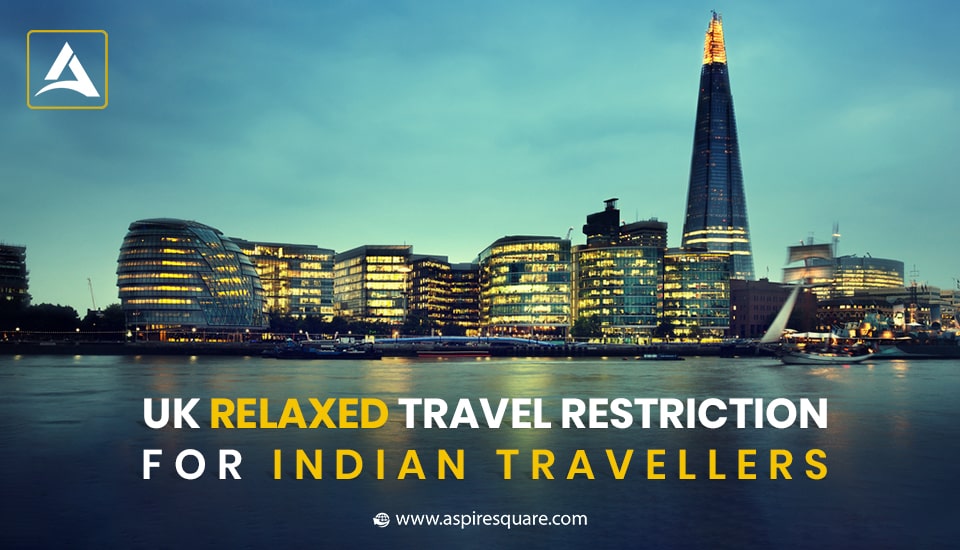 The restrictions on travelling abroad have affected significantly all the segments of society such as job, occupations, economy and most importantly people’s lives. Almost all countries have closed their international borders to control the spread of the virus. They have also not allowed any foreign person to enter their country. Somewhere down the line, it breaks the trust between nation-to-nation and human-to-human. Wuhan (COVID 19) virus affects many across the globe. But especially those aspirants who were planning to study abroad, pay the university’s tuition fees were locked in their homes. Eventually, we fought, we won, and we survived. The world is rejuvenating itself because Wuhan (COVID 19) virus pandemic impact is now reducing day by day. People are coming out restarted their jobs and business.

In the hierarchy, many countries started opening their international borders and relaxing the travel restrictions for foreign travellers. Canada has lift-up the travel restrictions first, then we have seen some other countries as well. Now countries like Australia, the USA, and some European and Asian countries also seem to open their borders soon. We came across frequent positive news from the last few weeks, and as per the recent announcement from the UK, added to the list.

How UK Travel Restrictions have been relaxed for the Indian Travellers?

The Indian government have imposed travel curbs on British Nationals. The announcement from the British High Commissioner to India, Alex Ellis, comes immediately a day after. As per Ellis’s statement on social media – “from 11 October 2021, there is No UK travel restriction, no quarantine for Indian travellers who are travelling to the UK with full-vaccination of Covishield or other UK-approved vaccines. “ He also added a thanks note to the Indian government for giving close cooperation from the last month or so.