Changes for Australian Permanent Residency and Temporary Visa Candidates in 2022 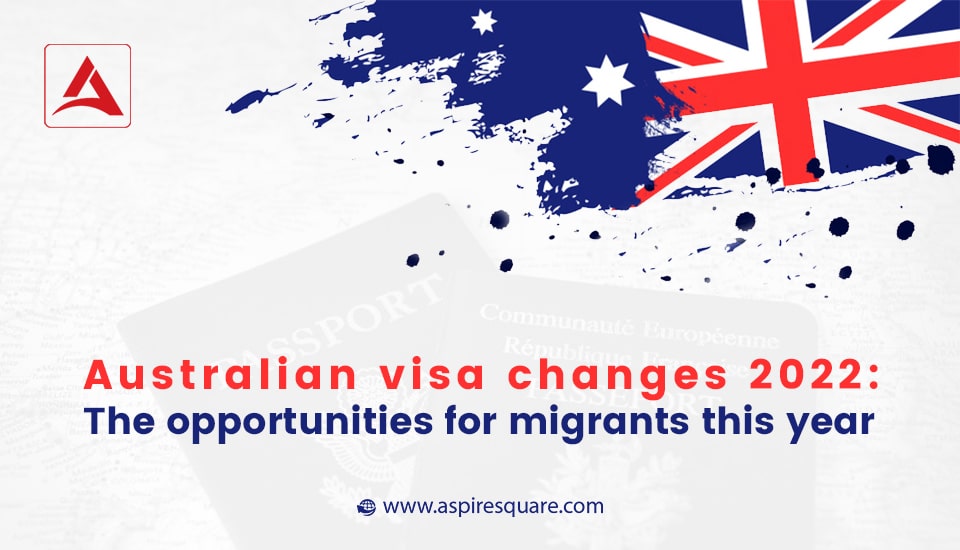 Immigration is one of the core segments of the Australian economy; whether Australia Study Visa or Australia PR, both play vital roles to support the economic recovery. In the last couple of months, Australia immigration has swung into action and announced a few significant changes. These changes have taken place because the Australian government understands the importance of migration and how migrants can uplift the Australian economy, which is affected due to the Wuhan COVID-19 virus pandemic.

Since the COVID 19 pandemic, the Australian government has imposed travel bans and closed its borders for foreign travellers. As a result, according to the Treasury’s mid-year report, the overseas migration was minus 41,000 people in the year 2021-22 than forecasted. However, as per the recent reforms, the picture will change soon and may get touch the migration population of 180,000 people in the year 2022-23. The figure is quite promising and it is almost double the previous estimate. Additionally, the government has also declared an annual migration program for the upcoming years and that will run each financial year from 1 July to 30 June. According to the program for the year 2024-25 almost 235,000 people, they are forecasting.

Who Can Currently Travel to Australia?

An Important Update for The Temporary Visa Holders

During the pandemic situation, the biggest loss has faced by the temporary visa holders. Because of lack of work and welfare support, unfortunately, they are bound to leave Australia. Now, the government is expecting and focusing to offer Australia PR pathways to those deprived class. The recent announcements from Australia Immigration have clarified their intentions.

Australia PR Options for The Skilled Migrants in Health and Hospitality

In November month, the government has announced the important changes to sustain critical sectors’ high-skilled migrants as a part of the economic recovery option. Under the category, certain occupation holder migrants were allowed to stay in Australia while pandemic is on the pick. Because of their occupation, these candidates get an advantage to Applying for the Australian Permanent Residency as well.

According to the Australian Immigration minister Alex Hawke, “the stream allows the highly skilled migrant workers the pathway to the Australian Permanent Residency who has chosen to stay in Australia during the pandemic”. As per Mr. Hawke, nearly 20,000 visa holders in the health and hospitality industries may be benefited from the recent changes.

As per some Australia Immigration Consultants, those candidates benefited the most who were onshore during the pandemic than those offshore candidates who were not in Australia.

The new stream is targeting those international students who are recently graduated and hold specific skills in specific occupations.

Additionally, Australia immigration has benefited from the 485 visas for Masters by Coursework graduates and Graduate Workstream. They have increased the stay period from two to three years for the master’s graduates and 18 months to months for the graduate workstream.

In the recapitulation, as a leading Australia Immigration Consultant and with the experts’ opinions, we would like to add that these certain changes certainly make a huge impact on Australia Immigration and tend people to rethink and reapply for the Australia PR. The implementation was supposed to be done from 1 December 2021 but as the new Wuhan COVID-19 virus changes its variant, the Australian government postponed the declaration until 15 January 2021. However, the Australian economy needs considerable reforms to recover and only skilled migration and international students can support the idea. So it is high time to start the re-evaluation of your profile for the Australian study and Australia PR.