A Quick overview of Canada PNP Draws for July 2021 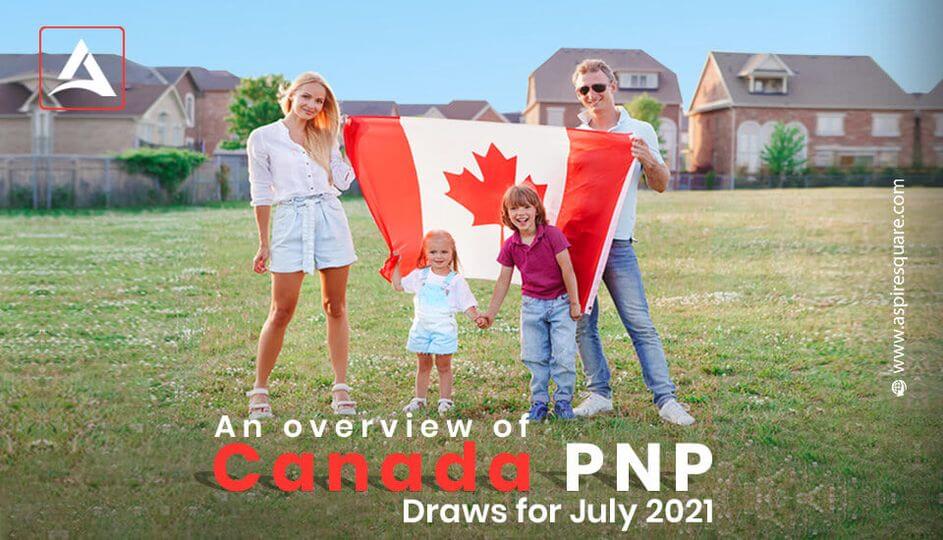 Let’s check out the PNP Draw overview for the month of July.

In July, Canada PNP has invited 6000+ candidates to apply for the Permanent Residency. Since the beginning of the year 2021, the IRCC is holding only two categories draws Canadian Experience Class and Provincial Nomination Program. And as far as the PNP Draws are concerned they are happening on an average every two weeks in a month.

There were two CIC draws have been declared in the month of July,

Fly to Canada? We can Help!
Apart from this, the listed below provinces have also declared their own draws in July.

In a nutshell, according to studies, the Canadian provinces are expecting 80,000+ candidates per year until the year 2023. The Canadian provinces are ready to invite a huge number of candidates. if you are also wishes to migrate to Canada then you should start preparing yourself for the provincial nomination requirements and jump into a pool of express entry or submit your expression of interest (EOI) for the province nomination.