I am Proud of India, but not Indianism!

This morning, I was talking to my neighbour as she was juggling between chores. I asked if something was special today. She replied, “My cousin sister is coming this evening for a short stay as her exams are preponed and she has to give her exam on this Friday.” To many Indians, it might be nothing unusual about this sentence because few words used here are used only by Indians or South-Asians.

Aspire Square being the best IELTS Coaching Center follows a regime to use International English, so all the students get acquainted with the language. Visit us today or contact us on 8866880707.

Indianism might sound something related to being patriotic. However, its meaning is the words or phrases used by Indians only and if used in an English-speaking country, then it would be misunderstood or won’t be understood. Here are some examples:

Prepone: Because you can use postpone delaying the plan, it doesn’t mean you can use prepone to reschedule them. Prepone cannot be used as an antonym of postpone. Simply, reschedule it!

Avoid repetition of words! This happens only in India.

Britishers: People of Britain are British, and it is an uncountable noun. Plural is not possible.

Good name: Shubh naam. What do you mean by shubh(auspicious) naam; there is nothing like a bad name!

Give exam: It is a direct translation of exam de di. Correct English is to take exam/ write an exam.

Revert: This word has been trending since a decade. It is used by Indians to replace reply or respond. Revert is the word derived from reverse which means to return, and it doesn’t mean to reply.

Cousin brother/sister and Real brother/real sister: There are no such compound nouns. Cousin can be a male and a female.

Cent per cent: 100% is the correct English

Cover: (noun) envelope (verb is to envelop which means to surround)

Do the needful: An application in India ends with kindly, do the needful. It sounds too clunky or vague. Well, do the needful doesn’t make any sense. Instead, do what is necessary can be used.

Cut the call: There is no such phrase. Your calls are always disconnected if the listener does not want to talk to you. So, you too can disconnect the call instead of cutting the call!

Question tags: Question tags turn any statement into a question. They are used to confirm the sentence. For example, “He told you. Didn’t he?” instead of “he told you, naa???”

Eating my head: Stop bothering me.

M here only: Why are we tempted to speak ‘only’ after the end of the sentence? This is the “only” problem.

Me and my friend: Grammatical mistake! Correct English is My friend and I.

I will return it back to you: Grammatical mistake! The meaning of return is ‘give back.’

I didn’t knew/ I didn’t had/ I didn’t spoke: With any modal auxiliary, the verb remains in it’s pure/base form.

For your information, modal auxiliaries are called helping verbs which indicate possibility, capability, necessity or willingness.

More easier: The question paper was more easier than I thought. You cannot use two comparative degree in the same sentence. Hence, it is easier!

Out of station: Out of town

Check out our video:

It is always better to be proficient in English if you want to live abroad at comfort.  Aspire Square will help you to get good scores in the essential entrance exams such as IELTS, PTE, and CELPIP.  If you want to fly abroad and get a good command over the English language, Join Our Coaching Classes Today. 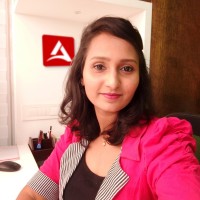