Corona Pandemic and Its Effects on Studying Abroad

Over the centuries Indian civilization migrates one country to another country to do the trades, spreading knowledge and acquiring education whereas on the documented history from more than 100 years Indian students usually prefer to go to the Western nations to obtain Foreign Education but the current situation shows us once-in-a-generation downfall the international students flow. The recent scenario not only hampered the immigration policies but also brings a sense of dilemma among the world economies to rejuvenate their education sector.

As the best Overseas Education Consultant in Gujarat, the Aspire Square Career Consultant is keenly looking to the situation. The pandemic has affected the international higher education sector in several ways, here are some of the effects that we have faced recently and probably it will be seen in the upcoming future as well. To get the accurate and latest news on the current scenario follow our news-listing page.

A Big NO to FACE-TO-FACE Teaching and exam:

As it is been seen that the virus is spreading through person to person quite easily which affects mostly to classroom teaching, and on-campus activities. As a result, the concept of online coaching is popular but it has their own concerns that disturb the exam and thesis submission schedules and which eventually, delay the results.

Around the world, countries which suffered from the number of COVID 19 cases have closed their international borders but also countries like Australia and New Zealand which have fewer cases still they have closed their borders to prevent further spread. As a result, only citizens and permanent residency holders are only allowed to enter or exit from the county in-case of important reasons and with specific guidelines. However, now countries are planning to open their borders with precise instructions and maybe going to invite foreign students with an early effect.

Especially in countries like India still, the education sector is not starting to function precisely in many parts of the country. As a result, somewhere down the line, the students are not got their final results, whereas, on the other hand, English Language Tests schedules are also adversely affected. Due to that though candidates have their results ready they are unable to fulfill the University’s requirements which delay the admission process. In addition, overseas universities also functioning with limited teaching and admin staff which interrupts the overall admission process and eventually the Immigration Process as well.

Though this pandemic has unsettled the life cycle around the globe but still hopes are alive, the world’s economy is trying to reborn from their ashes and in the pathway countries like Australia, Canada, and the UK has announced the relaxations for upcoming foreign students and also going to be announced some more reductions. In the raw of major updates, Australia has declared 5 Major Changes in Australia Study Visa whereas the Government of Canada has shown Interest to Welcome International Students.

Apply with the Topmost Consultant in Gujarat for a student Visa as we are well known for managing proper and accurate document work and that what you need in student visa. 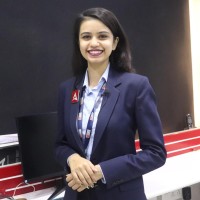 Ms. Khyati is one of the key members of the organization. At a very young age she has proven herself and gain a superior designation at the company. Khyati is carrying various skill-set that help her to groom in the organization, her always ready to learn approach make her versatile expert of different segment. She has started her career as a Study Visa Process Counsellor, then jump into the Australia PR process, in both the segment she performed tremendously and not only win the clients attentions but also gain the progress in her career. Currently, she is managing entire study visa process department that includes five countries visa process.

Pre-Arrival Services Before Immigrating to Canada

Canada PR: First Things to Do After Landing in Canada